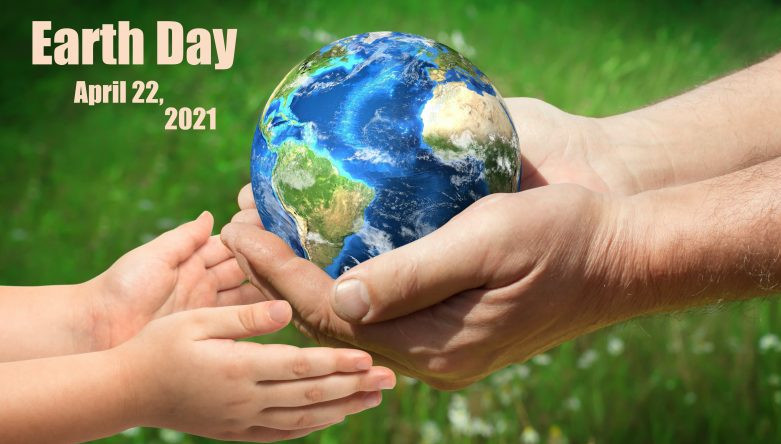 International Earth Day, April 22, is celebrated every year around the world with various manifestations and actions. They aim to draw public attention to the importance of preserving the environment and to lead to a change in environmental awareness.

Earth Day was first celebrated on April 22, 1970, in the United States. This date was officially accepted as Earth Day at the 1992 United Nations Conference on the Environment in Rio de Janeiro. The Conference was attended by a large number of government representatives when a long-term program to promote the sustainable development of the planet Earth was agreed upon.

The increase in the number of inhabitants on Earth and industrialization have led to air, land, and water pollution. Unhygienic illegal landfills are also a growing problem. In the last hundred years, the planet Earth has experienced greater pollution than millions of years ago. Irresponsible human behavior has led to climate change, caused by disturbances that have led to the known greenhouse effect, global warming, as well as to the extinction of many plant and animal species from the face of the Earth.

The current situation, more precisely the consequences are so severe and devastating that this day must not and cannot end only with marking and various manifestations dedicated to the planet Earth. We, man, world governments, and states are required to organize, an honest and constant activity that should be aimed at reducing the harmful consequences, stopping, stopping, eliminating all harmful activities that destroy human plans for the future. This means that our fear of a possible meteor from the universe that destroys life on Earth is nothing compared to the destruction that threatens us, and which was caused by man himself. 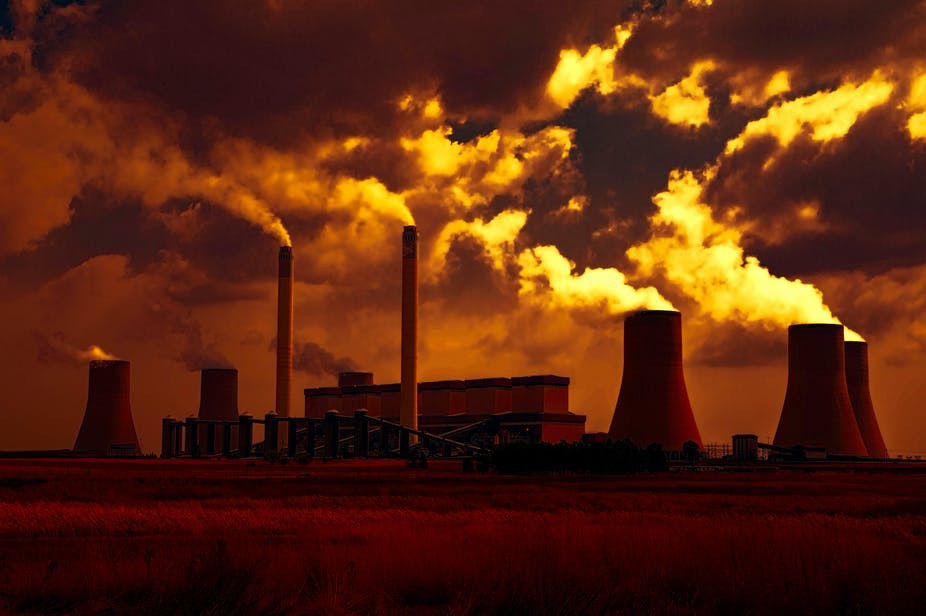 Increasing pollution of the planet has led to extreme climate change

How dangerous is climate change?

Has the spirit been released from the bottle?

Yes, of course, and that is why it must be said what that means. Fossil fuels lay all around us waiting to find an effective way to use them, and that is finally happened by finding a steam engine that is marked the beginning of the industrial revolution.

Almost all the progress of our civilization in the last two hundred years has been powered by the energy we get from fossil fuels, but it did not come without a price.
Long-term production and combustion of coal, oil derivatives, and natural gas have led to increasing concentrations of gases that cause the glass effect gardens in the atmosphere and this will have long-term consequences for the climate of our planet.

This has caused global warming, a change in temperature on our planet, which has caused numerous other consequences, such as:
– melting of polar caps and glaciers
– rising sea levels
– changes in precipitation patterns and frequent floods
– increased frequency of extreme weather events that cause the drying up of rivers, lakes, swamps
– acidification (increase in acidity) of the ocean which leads to changes in biodiversity. 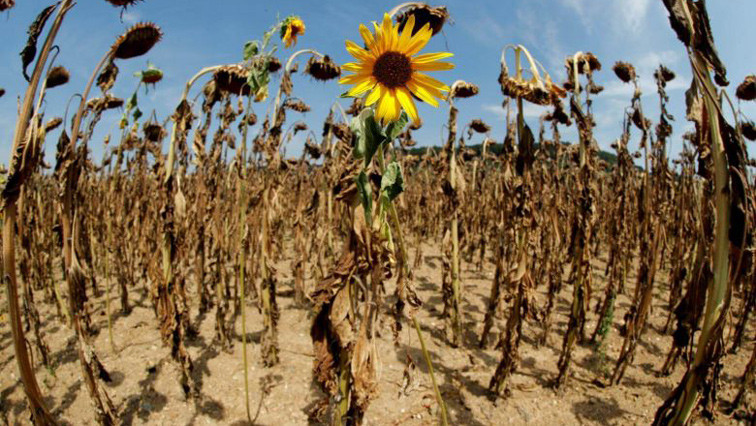 Increasing the concentration of greenhouse gases in
the atmosphere leads to a rise in temperature and this is the most important aspect of climate change.
Warmer weather causes other consequences of climate change such as the disappearance of melting polar caps and glaciers, rising sea levels, changing precipitation patterns, increased frequency of extreme weather events, and increased ocean temperature and acidity.

Changes in our climate have great consequences on the quantity and precipitation intensity. The nature of these changes is much more difficult to anticipate other consequences of climate change and depending on which part of the planet we observe the effects can be very different, and therefore not possible at this time to give accurate forecasts. Yet what is already known is that dry regions will become even drier, ie. that will be in regions with low rainfall ones additionally decrease, and that wet regions will get increased precipitation. This means that the landscapes that are already facing a lack of water in the future have even bigger problems.

Although it is not possible to speak with great certainty about quantitative changes what a large number of research has shown that precipitation tends to last shorter but to be stronger  (e.g.instead of raining moderately for several days, the same amount of water will fall in one to two days).

An increasing number of extreme events have already been observed in large amounts of precipitation, mostly in the regions of Europe and North America, but also in other regions of the world, and they are expected to become more frequent and more intense.
This will significantly increase the risk of flooding, and great damage to agriculture is also possible. 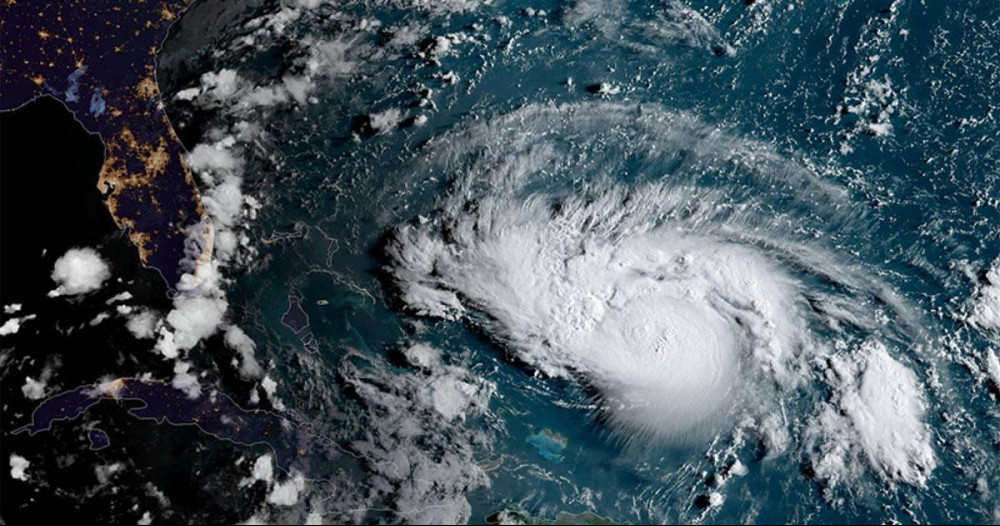 If greenhouse gas emissions (primarily CO2) are not reduced in the coming years, more droughts and floods await us, as well as stronger and more devastating storms that mainly affect areas inhabited by the poor, such as the Caribbean and Southeast Asia and there they cause great material damage. 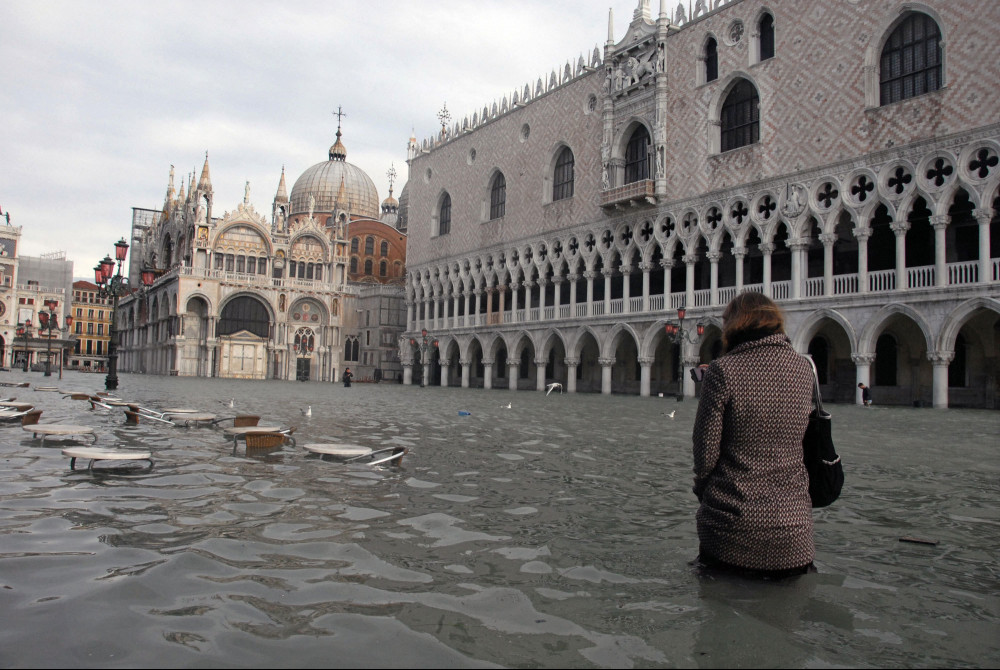 The average sea level has risen by over 20 centimeters since the end of 19. century to the present, with the growth rate increasing in the last 20 years. Depending on the different scenarios of future emissions, scientists predict that by 2100, the average sea level could rise between 40 and 80 centimeters compared to the beginning of the 21st century.

The two main reasons for rising sea levels are the thermal expansion of water in the ocean and the melting of polar caps and glaciers.
As the ocean heats up, the water in it expands and is estimated to be as much as 50% of the observed rise in sea levels is caused by this. Another big reason, melting glaciers and polar caps, could contribute even more to the problem in the future. The ice sheets in Antarctica and Greenland contain enough water to raise the sea level by 60 meters !!! Is the person aware of the danger?

Carbon dioxide is absorbed from the air by the oceans, ie it dissolves in water and there it continues to exist in the form of hydrocarbons acids. Therefore, the increased concentration of this gas in the atmosphere also means more hydrocarbon acid in the oceans which leads to an increase in their acidity or acidification. And if this process is not directly related to the climate system, it is observed as part of climate change because it is directly a consequence of the increased concentration of greenhouse gases in the atmosphere.

Increased ocean acidity leads to the decomposition of calcium carbonate, an element that many marine species use to make their shells, the survival of all these animals is threatened is in more acidic oceans. Reducing the number of individuals or even the disappearance of any of them represents a great loss for humanity and disrupts the delicate ecosystems that exist in nature, but the sensitivity of one species to increase the acidity of the ocean requires special attention. It’s about phytoplankton which is the main food source for many inhabitants of the seas and oceans.

New research has shown that some species of phytoplankton could record a significant decrease in numbers of individuals and large migrations to the north due to the acidification ocean.

That would have a big impact on many other species as well because phytoplankton is a basic component of the chain nutrition in marine and ocean ecosystems.

In addition to becoming more acidic, the oceans are also getting warmer, and that has a very negative effect on another important factor of the ecosystem – coral reefs. The increased temperature leads to theirs mass bleaching and extinction (about 27% of coral is already missing). Corals have several important functions. They do habitat to a large number of species and represent the most accessible fishing places available and the poorer part of the population. Their disappearance will endanger the survival of many species of fish that will no longer have a place to spawn. In addition to the role in fishing coral reefs, they perform another important function, which is to reduce power waves that reach the coast and contribute to soil erosion.
Therefore, their further disappearance does not pose a danger not just to animals, but humans. Warmer oceans will too it also means the migration of many species to the north in search of colder waters. This can be a big problem the number of people in the equatorial and tropical regions that quite a lot depends on fishing.

Ocean temperature is one of the factors that affect the strength of tropical storms, warm oceans serve as propellant storms making them stronger and more destructive.
Longer periods without rain increase the danger of forest fire. 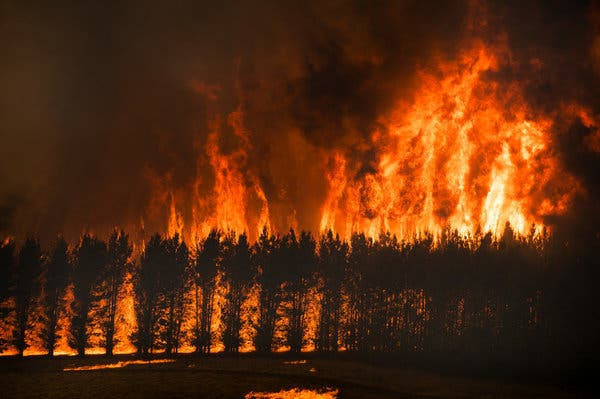 Fires as a consequence of climate change – high temperatures

The ecological problems on our planet today are much bigger than 51 years ago when the celebration of this day began. If a person does not pay the necessary attention to the preservation and protection of the environment and sustainable development, if he continues to behave irresponsibly, he will find himself in a situation of being buried and suffocated in his own waste materials. On the one hand, increasing amounts of waste in the environment, and on the other hand, the irrational use of natural resources threatens the human race to experience self-destruction.

The oceans of the sea and rivers are full of plastic and other hard-to-decompose waste, which is increasingly polluting not only the water but also the surrounding soil. The immediate victims of this are plants and animals that are increasingly “suffocating” and disappearing in this human “product” which, on its destructive path of destruction, will not bypass its creator and culprit, man.

That is why Earth Day is a stimulus to the following human activities:

– creating conditions for sustainable development
– conservation of biological diversity
– economical use of natural resources
– use of renewable energy sources
– proper disposal of garbage and use of secondary raw materials recycling
– fight against all factors that adversely affect climate change, etc.

It is not enough to be active only when it is Earth Day or World Human Environment Day (June 5). The planet Earth provides us with conditions for life every day, so it is necessary that we behave every day by rationally using everything that the Earth provides us. Every man on the planet, wherever he is, must respect the laws of nature and act in accordance with them.

Only in that way will he be able to preserve what nature has selflessly given him. 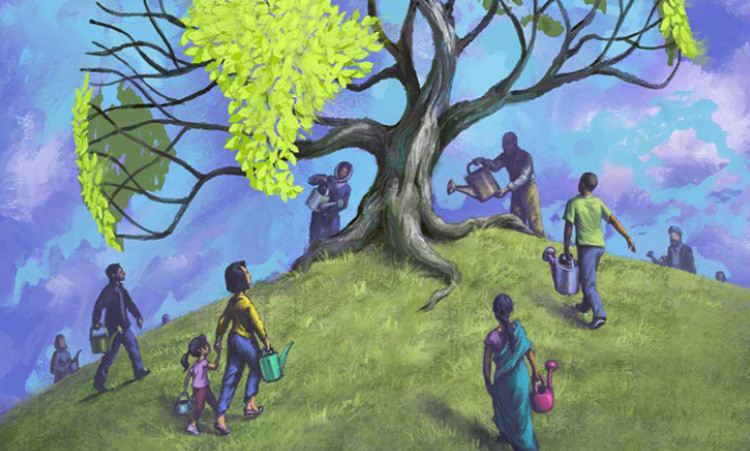 Earth Day is an opportunity for every citizen to think about their behavior towards the Earth, and to contribute to making the Earth cleaner and more beautiful. Only a healthy and clean environment can provide us with a better quality of life. Awareness of the need for environmental protection and responsible behavior should be raised together.
It is no longer a question of culture, it is a question of survival, survival of man, survival of all kinds, survival of the Earth.
Unfortunately, man, as the most intelligent, most intelligent being on the planet, brought his home, the Earth to the door without return. Now the future awaits with great uncertainty. He must understand that political and all other issues cannot take precedence over the problem above all, climate change.

By this term, we often mean clean, alternative energy that is increasingly used in large energy systems and households. Green energy is becoming more and more irreplaceable and the only

Wind energy is one of the alternative energy sources used since 200 BC. Wind power has huge potential and has been growing rapidly in recent years. Europe as a continent