HOW TO PRESERVE THE MOST IMPORTANT NATURAL RESOURCE – WATER

Water is the liquid of life, the basic precondition for the life, origin, and development of civilization, and represents a value immeasurable by material goods. Water is the most abundant substance in the structure of all living beings, so it can rightly be argued that water is life. There is nothing that can replace it. In 1993, the United Nations declared March 22 World Water Day. 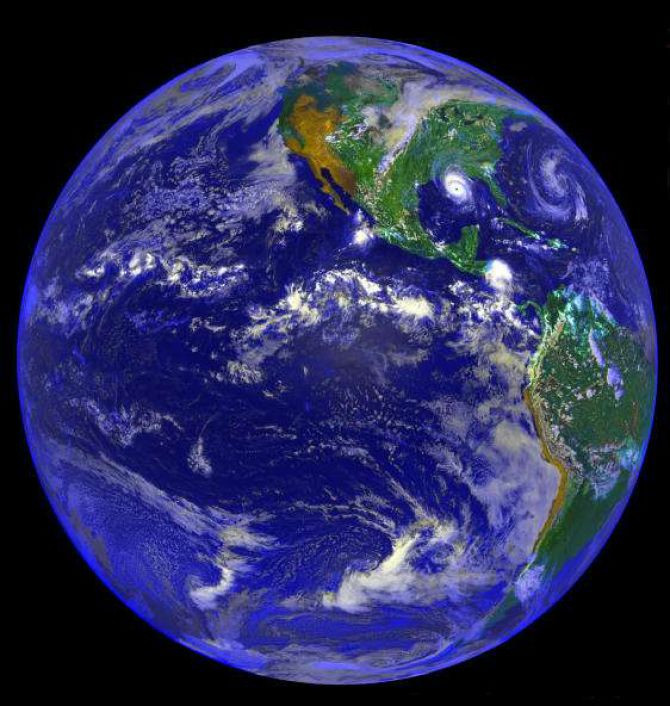 Earth and its water surfaces

Water mass covers as much as 71% of the planet’s surface. Of the total amount of water on Earth, 97.5% is salt water and 2.5% is freshwater. Most of the freshwater is “trapped” in glaciers (68.9%), while groundwater accounts for 30.8%, and lakes and rivers only 0.3% of total freshwater. It is estimated that only 1% of freshwater out of the total amount of water on planet Earth can be used for all human needs. The circulation of water in nature is a constant process that enables life on the planet: water from the sea and ocean evaporates, condenses in the atmosphere, and falls to the ground in various forms. It reaches the sea and oceans again through surface or underground currents, and the process is constantly repeated. Water in the process of circulation can be polluted at any stage, and the sources of pollution are factory wastewater, pollution with oil and oil derivatives, household chemicals that we use in the form of various cleaning agents, chemicals from agriculture (pesticides, insecticides, fertilizers and similar), water from septic tanks and sewers, landfills, acid rain, etc. When we talk about water, it is not only the quantity that matters to us but also the quality of the water. More than a billion people or a fifth of the population do not have the ability to use healthy water on a permanent basis. Worldwide, an average of 15 million people dies from unhealthy water every year. The worst situation is in the countries of Africa and Asia. 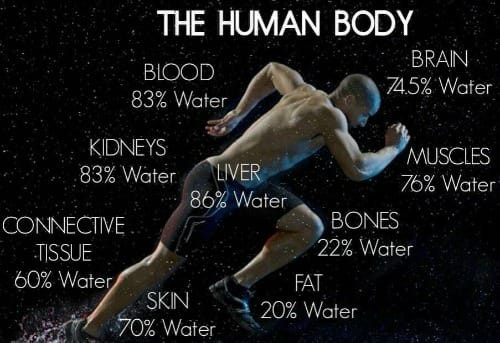 WATER AND THE HUMAN BODY

The health significance of water is expressed in the fact that providing sufficient amounts of healthy water improves living conditions, raises the level of health culture of the population, reduces morbidity, especially from infectious diseases, and thus directly increases the average length and quality of life.

Water makes up an average of 65 to 70% of an adult’s weight. As we age, so does the amount of water in our bodies. Apart from drinking, water is taken into the body through food, and one part is formed in the body by the oxidation of food. On average, a person takes in about 2.5 liters of water a day. During the year we drink about 1000 liters of water. How much water we drink also depends on the weight, climatic conditions, activities, etc. It is recommended to drink a liter and a half to two liters of water a day. That amount fits in about seven to eight glasses. We should drink water in small amounts throughout the day because by the time we feel thirsty we are already slightly dehydrated. It is best to keep water close at hand, which will encourage reflexive drinking of water.

Water is an integral part of our body, builds organs, transfers food and oxygen to cells and carries waste products of metabolism, participates in chemical reactions, serves as a solvent for minerals, vitamins, and amino acids play an important role in regulating the body temperature. Reduced fluid intake reduces the volume of blood that feeds the heart, brain, muscles, and other organs and tissues, making them less able to perform their normal functions. With minor water losses in the human body, disorders in the form of headaches, lack of concentration, disorders of mental functions, disorders of the kidneys, digestive system, and heart occur. Without water, we can endure much less than without food. Death occurs after a few days if the body loses 10 to 20% of the total fluid volume. Although knowledge has been developed about the importance of drinking water, preoccupation with work, and an accelerated rhythm and lifestyle, drinking fluids make it a side activity. 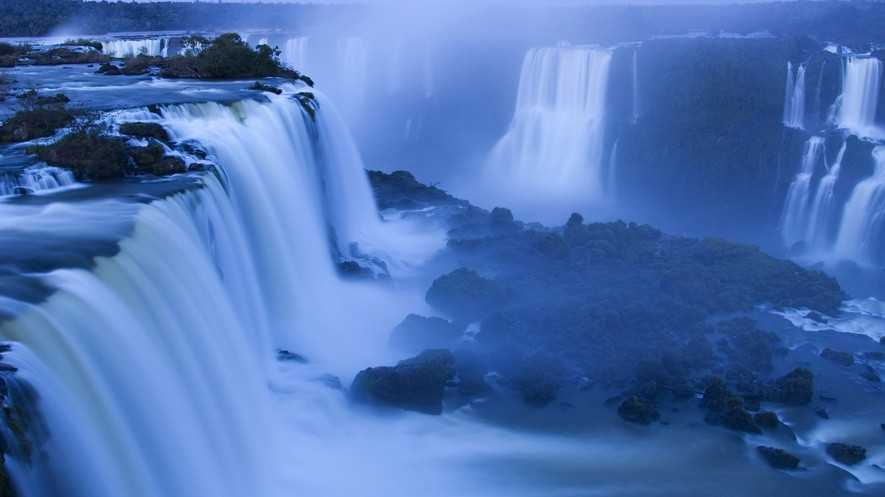 Iguazu Falls, border of Brazil and Argentina at dawn on 06/23/2017. Photo by Wolfgang Kaehler/LightRocket via Getty Images

When our world was named Earth, it was not known that water covered most of the planet. Over seven-tenths of the Earth’s surface is water.
If it were known, maybe our planet would be called Ocean.
As the main support for human life, water stimulates the global economy, necessary for production, energy production, and much more. For example, in agriculture, groundwater – rain retained in the soil that feeds plants, vegetables, fruits, and grass eaten by livestock – is the most important individual component in food production. “Still, it’s politically and economically invisible,” said Tony Allan, an emeritus professor of geography at SOAS University in London.
As climate change contributes to increasing water scarcity, water use and its economic impact are getting closer to control. In response to UN sustainable development goals, which include the availability and sustainable management of water, countries, and companies are increasingly wondering how they can make better use of water resources.

Water consumption to produce one cup of coffee

THE VALUE OF VIRTUAL WATER

Professor Allan created the concept of virtual water as a way to raise awareness of how we use this precious asset. “Virtual water is water built into the production of goods,” he explains.

For example, a cup of coffee at face value may represent only a few ounces of water, but add the one used for growing beans, packaging, and shipping, and the amount increases to 140 liters. On a larger scale, over 1,000 tons of water are needed to produce a ton of wheat, while 15 times more is needed to produce a ton of beef. Production takes a similar toll on water resources: up to an incredible 150,000 liters of water are needed to make one car.

Multiply these numbers exponentially as world demand grows, and the pressure on freshwater sources is clear. “The planet cannot continue to function as both a canteen and a toilet when it comes to our industrial needs,” says Professor Allan. “We should look at things critically and do the right thing, and that is to understand the value of water.”

Although the concept of virtual water is extremely important for understanding water use, translating this understanding into concrete, sustainable practices requires the application of special tools. As Professor Allan says, “When there is panic, a political question comes to mind: Where can we get more water? Instead, we must ask ourselves: How can we make better use of our water? There is no way to get the right answer with the wrong question”. 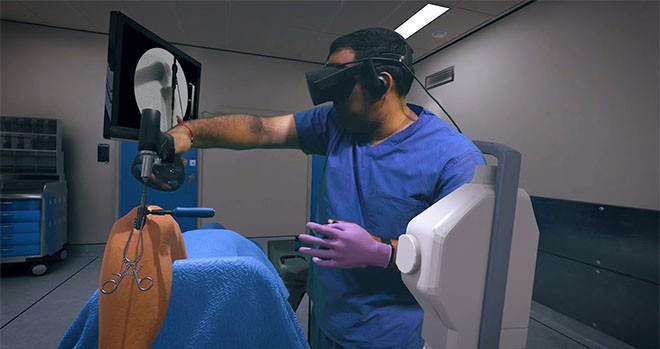 In response, virtual tools like those developed by Dassault Systemes offer one answer. The company’s 3D EXPERIENCE platform allows its customers to jointly model new products and processes in a virtual 3-D universe, without the need for physical prototypes, which consume large amounts of natural resources.
‍
These software-defined scenarios of “virtual twins” show in detail a model that shows how water can be used more efficiently. The system uses data intelligence, three-dimensional modeling, and visualization to track the water footprint of products and services, from design and engineering to the implications of production and end-of-life. Ultimately, this benefit is passed on to consumers, as companies can offer goods and services that are designed, manufactured, and transported with less water.
‍
Alice Steenland, Chief Sustainability Officer at Dassault Systems, says: “We work to offer our customers – industrialists, universities, everyone who uses our software solutions – the ability to understand every step of their innovation process, from designing a new product to modeling its production. and dismantling, what is their impact on water. We hope that this powerful tool will enable them to accelerate the global transformation of sustainability. “

Dassault Sistemes commitment and understanding of consumption as well as its impact on water extend far beyond the 3D EXPERIENCE platform. Through its “Water for Life” campaign, launched late last year, the company aims to raise awareness about water consumption and conservation through optimization, creation and innovation, and education. Bernard Charles, vice president, and CEO says: “Water gives life. For the next decade, we will dedicate scientific and engineering resources to finding new solutions for water conservation. It perfectly illustrates our belief in how the virtual world expands and improves the real world. “. 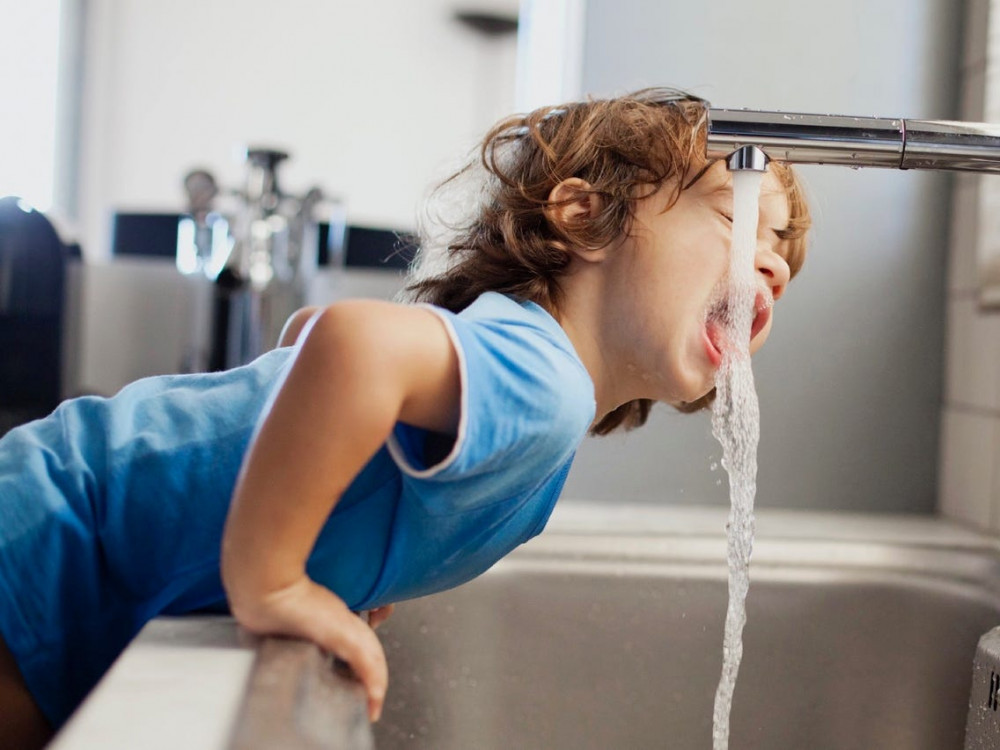 Let’s save water for future generations

In the world, most water is spent on agriculture, industry, and the least in households. Let’s not forget that 70% of the oxygen on our planet is created by the oceans. It is a devastating fact that every minute the equivalent of a garbage truck spills into the oceans. Water pollutants are wastewater, industry, transport, landfills, chemicals used in agriculture. Just one gram of pesticide can contaminate 10 million gallons of water! We cannot do without water, water supplies are not inexhaustible and can be easily polluted. The development of industry and agriculture, the concentration of population in larger urban areas, as a result, has increasing and more difficult difficulties in terms of protection of water in general, and especially existing sources of drinking water, as well as those planned to be used for water supply.

What kind of water we will drink in the future depends on the level of environmental awareness of each individual (rational consumption), application of systematic technology, wastewater treatment, and purification, controlled application of agrotechnical means (pesticides), controlled and harmless disposal of all waste categories and planning activities. in accordance with the goal of water conservation and protection.
The conservation of the world’s water resources is a global concern, a concern for all of us, and it requires broad cooperation.