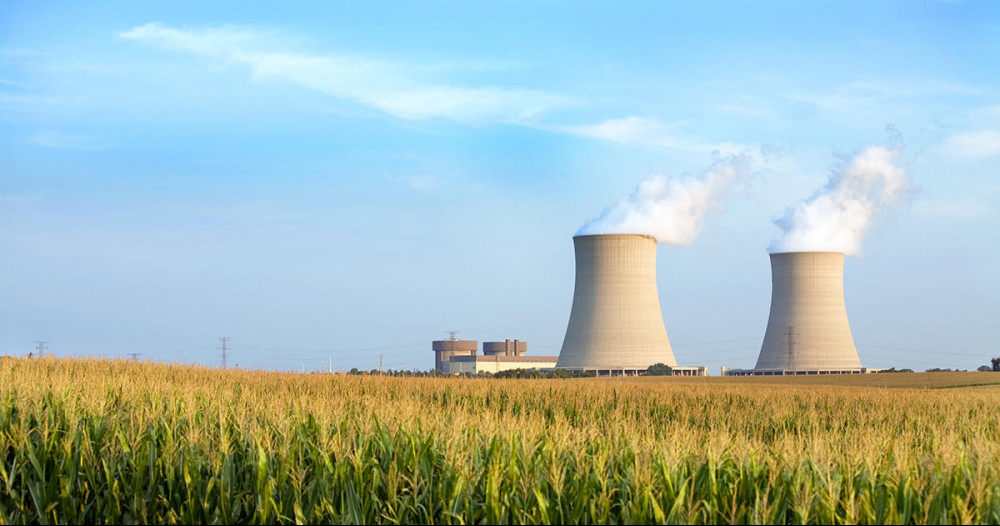 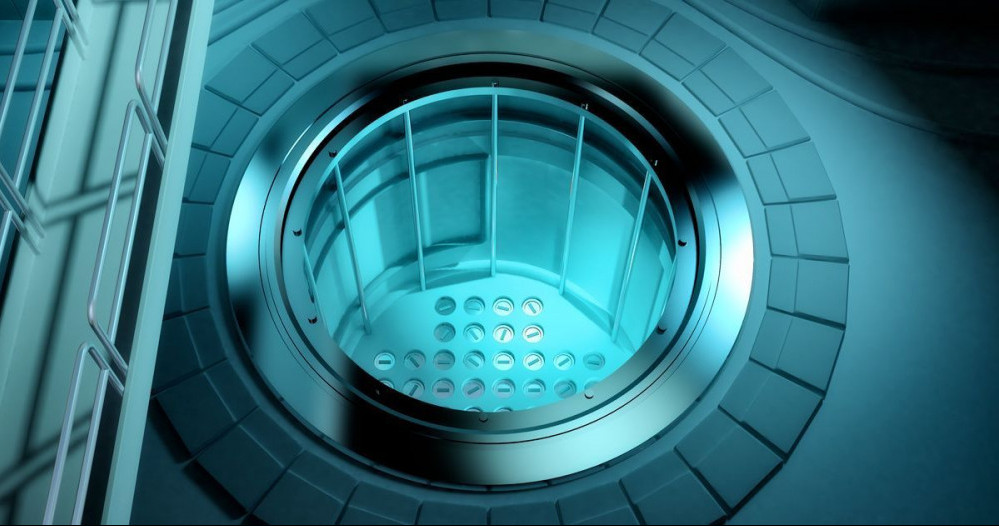 The return of nuclear energy

What it means? It is now clear to everyone that nuclear energy is taken seriously. After many years of stagnation and a negative campaign about the dangers of nuclear power plants and everything that accompanies them, in which the inevitable example is Chernobyl, the situation has changed.
There are two reasons for this.

First, renewable energy is a real alternative and substitute for existing fossil fuels. However, the development of technology in this field, although large, is not enough to enable humanity to respond efficiently and in a timely manner to climate change. And time is running out.

Secondly, nuclear energy is no longer considered so dangerous and harmful, its application has become increasingly affirmative.
This positivity also stems from the development of technology that has enabled newer, more modern and safer reactors,
more adapted and efficient fuel, safer disposal of nuclear waste.

The power of nuclear energy is based on the fact that its emission of carbon dioxide into the atmosphere is 0%, while renewable energy, which is considered clean, has these problems because during extraction, exploitation of raw materials pollutes the environment, and during the production of solar panels atmosphere.
These facts will certainly help to eliminate the delay in the construction of new nuclear power plants, to promote this form of energy as safe because from Chernobyl until today, except for Fukushima in Japan in 2011 (incident caused by a strong earthquake and tsunami) there were no problems the tendency of a certain, great danger.. 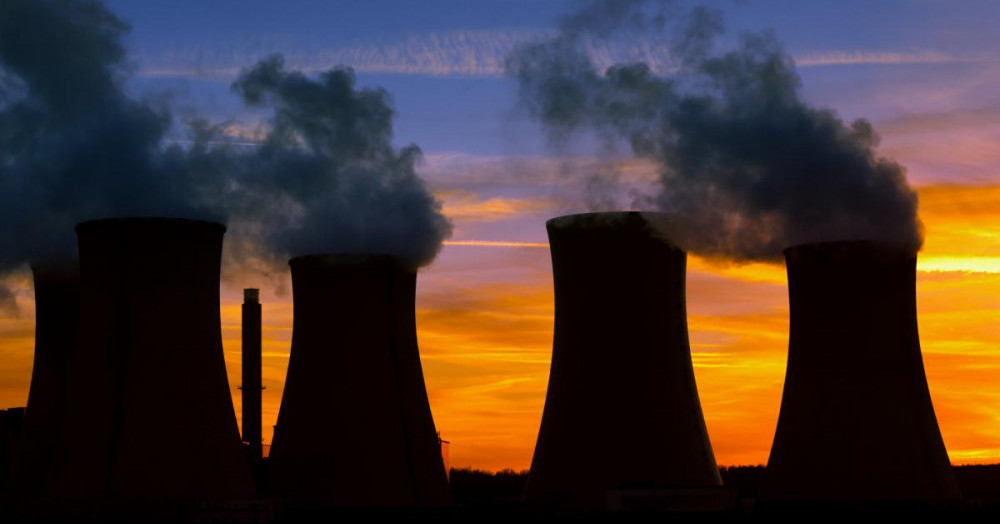 There is bipartisan support in the USA for the country to be the world’s leading supplier of fuel for advanced reactors, Maria Korsnick, president and CEO of the Nuclear Energy Institute (NEI), said today during the World Nuclear Fuel Cycle forum, which the NEI is co-hosting this week with the World Nuclear Association.
Noting that, last year, nuclear became the USA’s second largest source of electricity, surpassing coal for the first time ever, and that the US nuclear fleet produced more carbon-free electricity than all of the forms of renewable energy combined, Korsnick said nuclear is increasingly being recognized by lawmakers as a carbon-free and scalable source of electricity.

“Ambitious climate commitments really demand a reimagined energy system with our largest, most reliable carbon-free source at its center,” she said. “And already the Biden Administration has signaled that they agree. The President recently announced its USD2 trillion American Jobs Plan and this legislation would establish a national clean energy standard that includes nuclear; recognizing its carbon-free production alongside sources like wind and solar. plan would also include significant funding for the development of advanced nuclear technology. ”

Jennifer Granholm, the new secretary of energy, has “spoken about her commitments to all emission-free technologies, including nuclear”, Korsnick said, and John Kerry, the special presidential envoy for climate, “has stated his strong support for US nuclear exports “. “So we’re really building an unparalleled coalition for making nuclear energy the core of our clean energy system, but it will take a global effort to realize nuclear’s full potential,” she said.
The future of nuclear includes advanced reactor technologies, which “also causes us to have a look at US leadership more broadly,” she said.

“With advanced reactors you have to say, What fuel are they going to run on? Many of these advanced reactors are going to require high assay and low-enriched uranium (HALEU). The US government has recognized the timing challenge for commercial entities to build out HALEU capacity without yet a clear market signal and so it’s taking concrete steps for the US to lead in this area, “she said.

Last year Congress passed legislation that instructed the US Department of Energy (DOE) to establish a HALEU program, and by this time next year, Centrus will be producing HALEU in their pilot facility, she said.

“So we really see the DOE providing a function as a market pool to try to get things started here in the United States to drive commercial entities here, whether that’s Centrus or Urenco or Global Laser Enrichment, to give those signals to build out that HALEU capacity. ”

Those actions, along with Congress passing support for the US uranium reserve, are “really reinvigorating” the entire US fuel supply chain and could allow the country to be a leading global supplier of advanced fuels, she said.

Existing power and research reactors typically operate on low-enriched uranium, usually containing up to 5% uranium-235. HALEU fuel, which is enriched to between 5% and 20% uranium-235, will be required by many advanced reactor designs that are under development in both the commercial and government sectors, but such fuel is not yet commercially available. HALEU offers improved reactor economics, greater fuel efficiency, enhanced safety and proliferation resistance, lower volumes of waste and other advantages.

Centrus Energy is working under a USD115 million cost-shared contract with the DOE to deploy 16 of its AC-100M centrifuges at its Piketon, Ohio, facility to demonstrate HALEU production.

Kazatomprom has announced the signing of a purchase agreement for the sale of a 49% stake in Ortalik LLP to a subsidiary of China General Nuclear (CGN), subject to government conditions and approvals.
Upon completion of the transaction, which is expected by June 30, Kazatomprom will retain a controlling stake of 51%, and CGN or its subsidiaries will acquire a 49% stake in Ortalik LLP, with each partner purchasing a proportional share of uranium production from the interest-bearing operation.
As previously disclosed, on December 29, 2020 and March 16, 2021, in accordance with the cooperation agreements of Kazatomprom-CGN, the parties agreed to build a fuel assembly plant (Ulba-FA) at the Metallurgical Plant in Ulba. . CGN provided a guarantee that the production of Ulbe-FA would be purchased by CGN, in exchange for Kazatomprom, which agreed to sell CGN or its affiliates a 49% stake in Kazatomprom’s subsidiary, Ortalik LLP.

The sale and purchase agreement was signed on April 22 and the parties agreed with an estimate set by “one of the four major international consulting and professional services companies”, with a 49% stake in the operation estimated at around 435 USD. million.

The commissioning and licensing of the Ulba-FA plant was completed last year. The first production from the plant is expected at the end of 2021, with the first delivery of finished, certified fuel assemblies to the customer in 2022. The first five-year contract for the supply of fuel assemblies from the plant was signed between Ulbe-FA LLP and CGN-URC last December.

Ortalik LLP owns a 100% stake in the Minkuduk Central Depository and has completed exploratory and trial production at the Zhalpak deposit, which contains aggregate mineral resources in accordance with the JORC of approximately 40,413 tonnes of uranium (as at 31 December 2019). The Minkuduk deposit has an established contract on the project capacity and use of the underground for the production of 2000 tons of uranium per year (currently operating 20% ​​below the allowed capacity, in accordance with Kazatomprom’s market-oriented strategy). The production capacity of the Zhalpak deposit will be determined by negotiations on a real estate use agreement with the Kazakh government.. 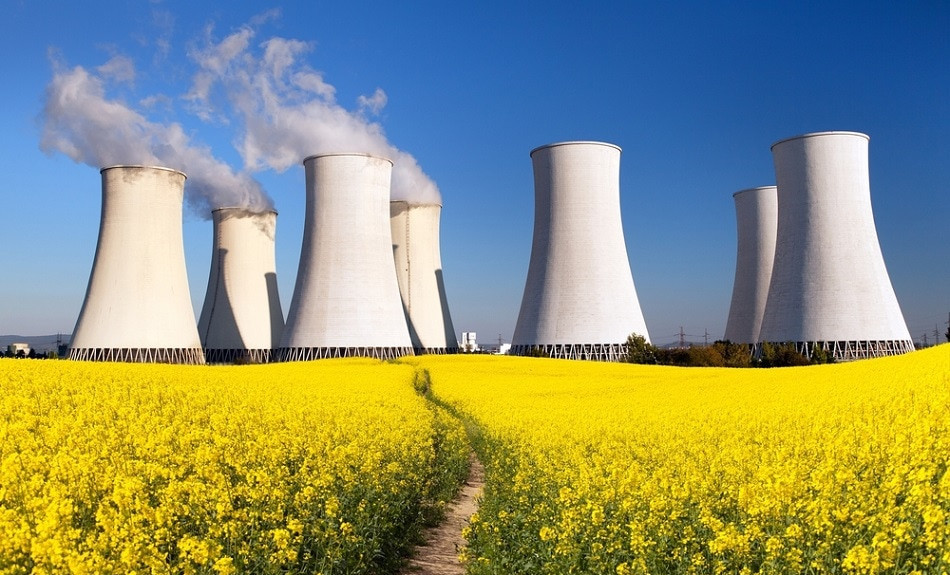 Based on the existing knowledge and the previously mentioned two texts (there are more), it is clear that this is a comeback of nuclear energy.
Uranium mines around the world continue to operate with changes caused by Coronavirus but also new expectations. The uranium mine in Niger in Africa stopped working after 47 years, but as a consequence of the lack of raw materials.

Are innovations on the horizon in this field as well, some new or mini reactors, new fuel? Yes, it is quite certain.

The Coronavirus – Covid 19 pandemic has shackled the planet and changed personal and social trends. He stopped events at different levels and forced us to deal with them almost

Wind energy is one of the alternative energy sources used since 200 BC. Wind power has huge potential and has been growing rapidly in recent years. Europe as a continent

International Earth Day, April 22, is celebrated every year around the world with various manifestations and actions. They aim to draw public attention to the importance of preserving the