Use of wind energy in Europe 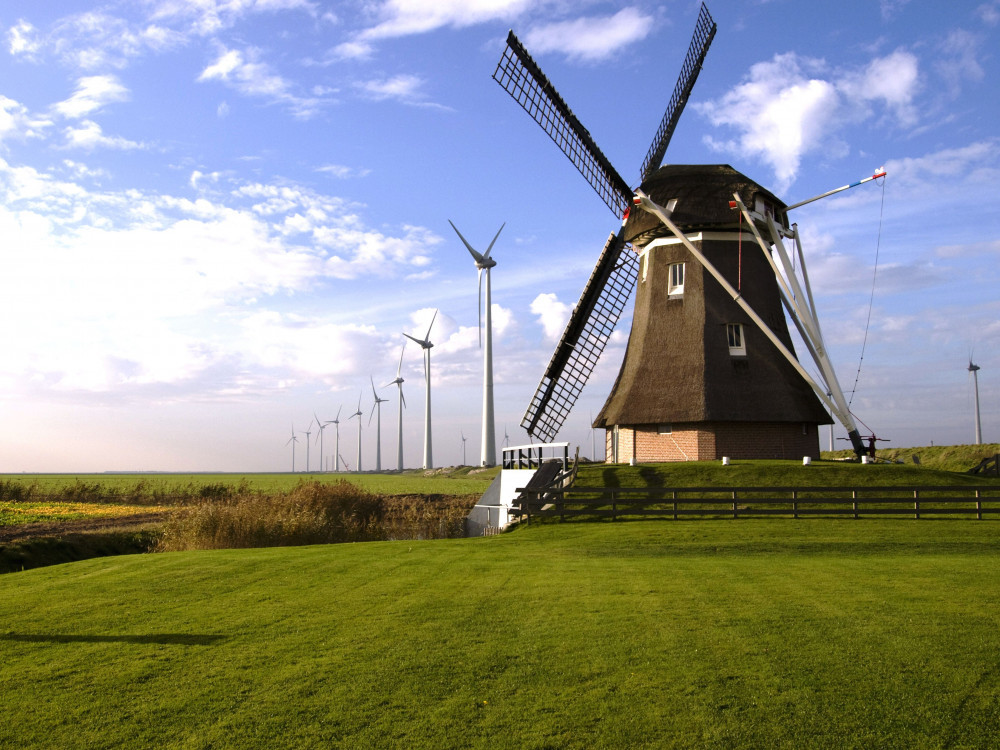 Wind energy is one of the alternative energy sources used since 200 BC. Wind power has huge potential and has been growing rapidly in recent years. Europe as a continent is at the forefront of the application of this form of renewable energy in relation to other continents.

As Europe aims for carbon neutrality, wind power has an important role to play 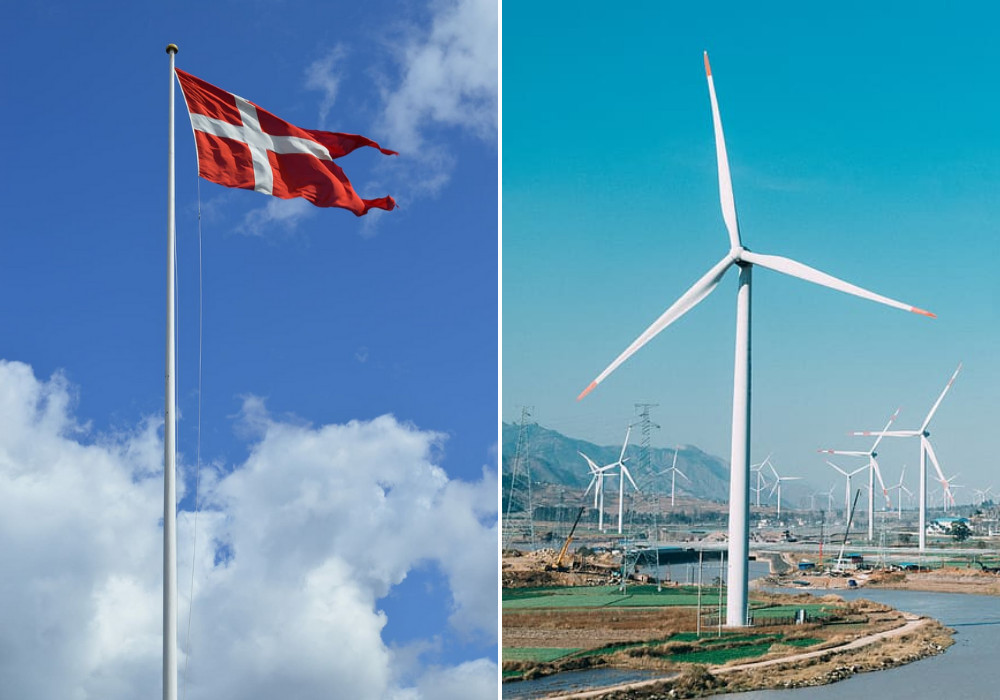 Today, 14% of energy in the EU is provided from wind energy, with an even higher percentage in several countries (Denmark 42%, Spain 20%, Germany 13%) (Wind Europe, 2017). Wind energy is increasingly competitive in terms of installed capacity in relation to other types of energy, but also in economic terms, which is an additional driver in the development of this energy sector.
Trends indicate that the increase in installed capacity at the global level placed the European continent in second place, just behind the Asian continent, with a growth of 23.2%, in 2016.
In the fifteen leading countries in the world in terms of installed capacity in wind farms, there are as many as ten European countries, with a total installed capacity of 137,772 MW at the end of 2016, which represents about 35% of the total installed capacity globally.
European leaders in installed capacities are Germany(50.019MW), Spain (23.020MW), United Kingdom (14.512MW), France (12.065MW), and Italy (9.257MW).
The European countries that recorded the highest growth in relation to the installed new capacities in 2016 are Germany (5,443MW), France (1,772MW), Turkey (1,363MW), and the Netherlands.
For example, according to the data for 2016 (Wind in power – 2016 European statistics, 2017), 12.5 GW were installed in new wind farms. According to these figures, wind power plants are installed more than any other form of electricity production energy in Europe in 2016. Wind farms accounted for 51% of total installed capacity and thus made a significant contribution to renewable energy representing 86% of all new power plants in the EU in 2016: 21.1GW out of a total of 24.5GW of new capacity. With almost 300 TWh generated in 2016, wind energy covers 10.4% of electricity demand in the EU. There are currently 153.7GW installed in wind farms.
As can be seen, Europe has taken seriously that sooner or later fossil fuels must be replaced by new cleaner and renewable energy sources.

Europe is rushing towards the goal

The European Commission has set a goal for Europe to become the world’s first carbon-neutral continent by 2050, and wind energy has an important role to play in this transformation.

Today, 14% of Europe’s energy is produced by wind farms. The potential for this type of renewable energy is, however, much greater.

Europe is already a world leader in the wind energy market, but the European Commission’s plans are even more ambitious. Offshore wind production is crucial to its plan to move to a coal-neutral economy by 2050. The goal of increasing installed offshore capacity from the current 20 GW to 450 GW by 2050 has been achieved, according to WindEurope, an association that promotes the use of wind power. on the continent. The key success factors are proper spatial maritime planning, together with investments in the coastal and land network. 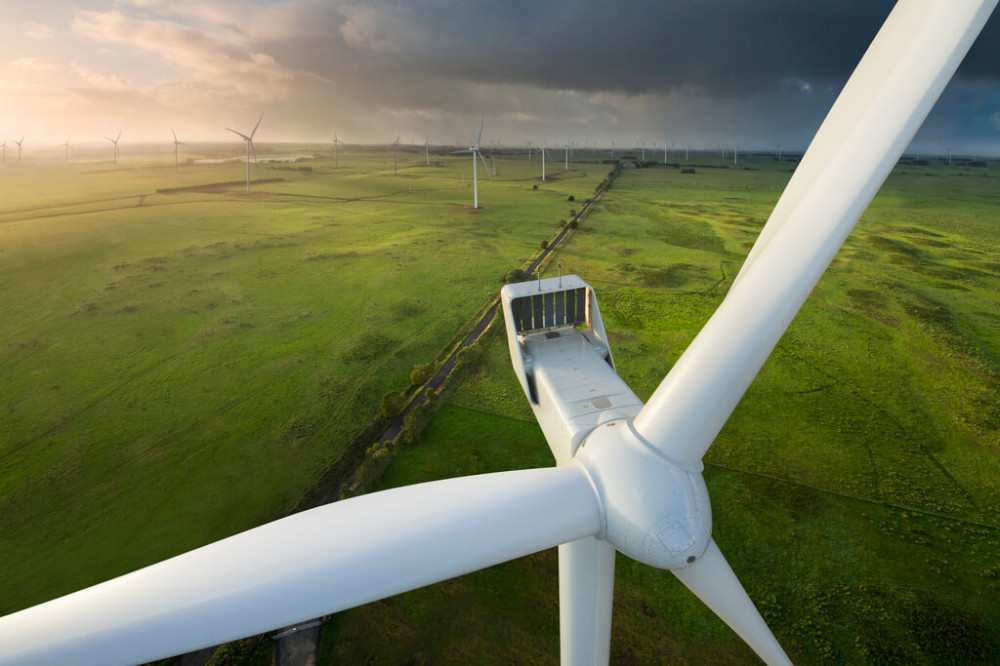 Wind farms continue to be one of the cheapest and cleanest renewable energy sources available and create new jobs in areas where turbines are installed.

Technologies like the Internet of Things (IoT) promise to make wind energy even more economical and reduce maintenance costs – an issue that is especially important for offshore farms, says Alexander Vandenberghe, research and innovation consultant at WindEurope.

“With the IoT, each turbine will be able to communicate with the others, and the operator will be able to identify how to adjust each turbine to increase farm-level output,” explains Vandenberghe. “We are moving towards real-time maintenance based on the condition of all turbine components that can be measured in real-time.”

This data would allow operators to adjust the workload and performance of any particular turbine and plan the maintenance process so that the repair team, once deployed to the offshore farm, could simultaneously replace several components in different turbines. The ROMEO project, an EU Horizon 2020 project, is currently testing IoT technologies at several locations in the UK and Germany to reduce maintenance costs and increase the overall efficiency of wind farms.

Further planning of new capacities depends on the national energy and climate plans of each individual EU member state, as well as on the issue of licensing. According to WindEurope, up to 90 GW of new wind energy capacity could be installed across Europe in the next five years. National plans are promising and licensing processes have improved significantly.. 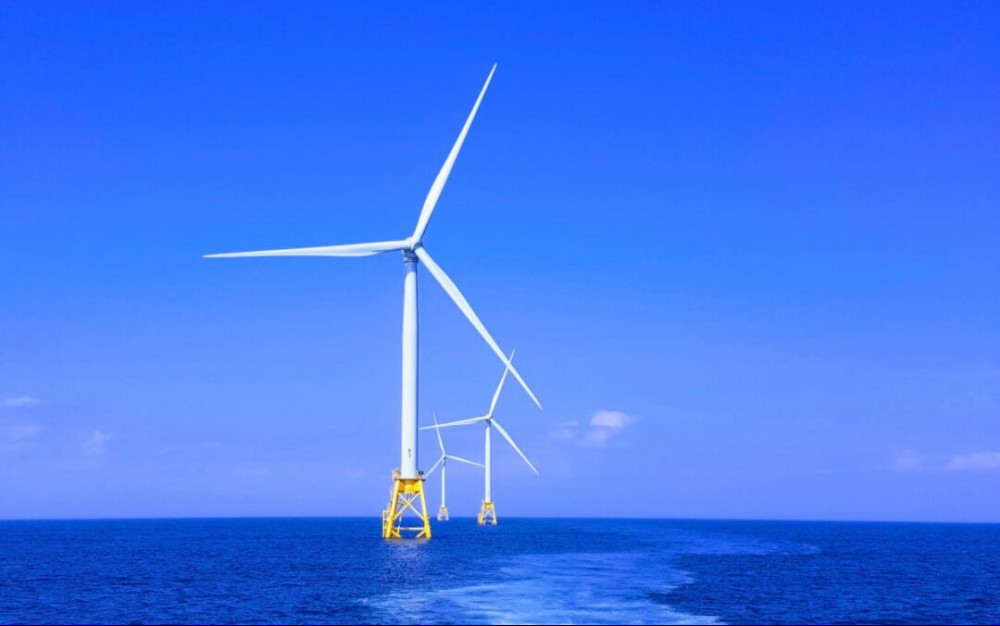 Wind farm in the ocean

Does Europe have room for new wind turbines?

Although the growing European trends in the field of wind energy are evident and constant, and in relation to continents and regions the most constant in the last decade, the question arises of Europe’s ability to keep pace with existing wind energy development trends in other continents. The reason for this is primarily because Europe does not have free locations for new wind farms or locations with complementary activities in the environment (at the micro-location level), as most other continents and regions have.
However, there is a disagreement or opinion on this issue, so another opinion published as a study in the magazine Energi Polici shows that Europe has enough space to install new onshore turbines that could theoretically produce enough energy to meet the energy needs of the world in 2050. However, in practice, this option has a number of challenges because it would require a large area and massive expansion of the transmission system – both involve significant investments. Currently, the most economical way to achieve carbon neutrality is a combination of renewables, storage, and solutions that bring flexibility. Because renewables are variable, flexible heat capacity can jump in quickly when they are unavailable. Initially, this capacity will come from fossil-based fuels, but in the future, it will rely on renewable synthetic fuels.
When it comes to the wind equipment industry, some European countries have a very important, better to say big role: Denmark, where the wind turbine industry has become one of the leading industries (Vestas and Siemens); Germany (Enercon), and Spain (Gamesa); which together make up a third of the whirlwind farm market. It is assumed that in the future, the European wind turbine industry will develop and have, along with China, the role of a world leader.
Europe is moving towards its goal, it is becoming “greener” every day and its air and environment are getting healthier. This applies to a large part of the member states of the European Union. Normally, these changes are waiting for other countries that are not members of this Union, regardless of whether they want to join it or not. Their pace is slower, but the positive changes dictated by the European Union are inevitable and unconditional.
The European Union intends for the entire continent to be energy-rounded on the path of energy change, that is, for renewable energy to be an everyday and constant reality.

Tags: Use of wind energy in Europe, wind, Wind Energy

Climate change has devastated humanity to reduce and eliminate the use of fossil fuels by developing renewable energy sources. In this fight for cleaner energy, in addition to renewable energy

The Corona pandemic virus has shackled the planet and changed personal and social trends. She stopped through events on different levels and forced us to deal almost exclusively with